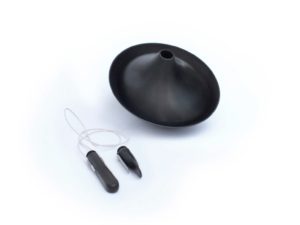 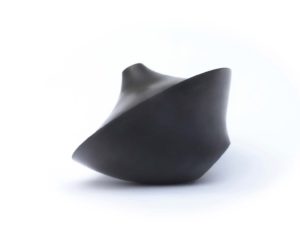 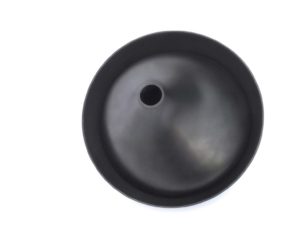 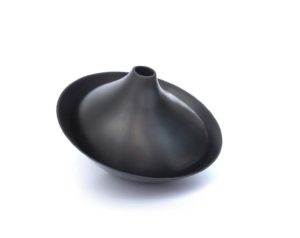 During the 1940s and 50s, several manuscripts known as the Dead Sea Scrolls were found in caves at Qumran near the Dead Sea. These scrolls represent the earliest Hebrew version of the Bible to come to light. They are still considered one of the most important archaeological finds unearthed in the region. The scrolls were discovered within clay containers, perfectly preserved for centuries.

In this series, I investigate the historical link between ceramic and textual mediums. I have designed containers for preserving personal texts, stories, and impressions. The series consists of containers, pendants, and portable objects dedicated to preserving a person’s narratives.

The shape of the container cover brings to mind clay vessels found at Qumran housing the scrolls, a shape that is considered by archaeologists to be unique to this region. The container is positioned as if facing the user in a gesture that bids to evoke trust much like a body is poised while listening to another person. Due to the absence of a foot of any kind and the carefully calculated balance, this object reacts to the slightest human touch and does not remain indifferent to the attempt to share one’s life stories. The container provides a place to store and collect stories, and it remains in its designated location. However, should one wish to carry a story with him, it may be concealed within the pendants and carried along. The project is a response to progress in technology and the developments.  In the belief that we must demonstrate flexible thinking and reevaluate matters that are related to human behavior, to needs, habits, aspirations, and hopes.

These insights must be translated into environments and products that aim for the benefit of mankind and the human environment. I believe for this purpose that we must enlist experimental creativity that is guided by one’s commitment to the community and to the human habitat.

I am guided by a worldview of design that states that conceptual development must always be accompanied by a consideration of materials and the different ways to manipulate them as an integral part of the design progress itself.